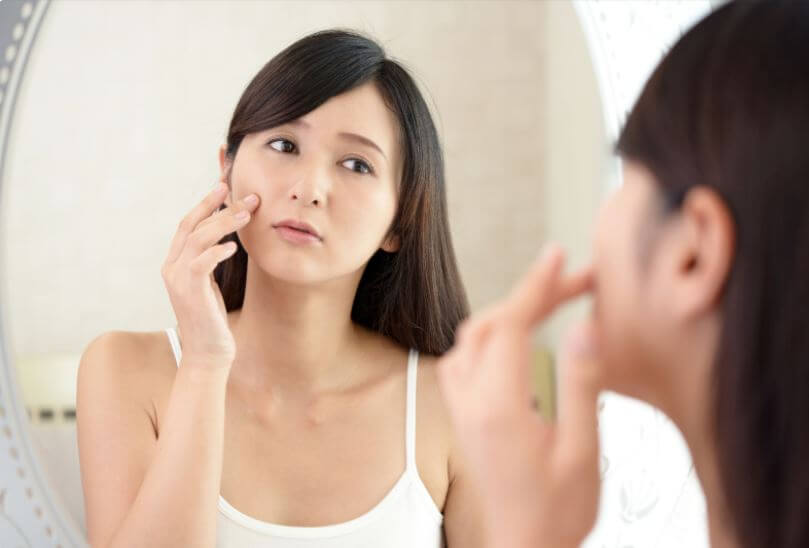 Teenage years are the most confusing, turbulent, and anxious years in a person’s life. They are also responsible for some of the worst skin problems one can have. These problems are caused by the hormonal changes in the body during puberty. Teenagers might get depressed, angry, and try to hide the problems as they might feel they look less attractive because of skin issues. But, these problems can be handled easily with the right approach and treatment. In this blog, we have discussed five common skin problems faced during the teenage years and how to manage them.

This is the most common skin issue faced by teenagers. For some, it’s an occasional pimple, while others may see their entire face covered in it. For girls, acne can occur right before their period. So what causes acne?

The clogging of skin pores causes acne. During puberty, larger amounts of sebum, the oil that keeps the skin moisturized, are produced, which leads to clogging. This, in turn, traps dead skin cells and causes pimples.

Acne can be controlled with home remedies such as washing the face with warm water twice a day, over-the-counter medications like a benzoyl peroxide cleanser, or laser and light therapies.

Hands, legs, scalp, chest, face, or any other body part can sweat, and excessive sweating is a major problem faced by teenagers. It is caused due to stress or overheating, and it is the body’s way of regulating temperature. Excessive sweating is termed as hyperhidrosis.

Hyperhidrosis can be treated by following a treatment method prescribed by a dermatologist. Some common treatments suggested include antiperspirants that can help block the sweat ducts so that the perspiration doesn’t reach the skin. Other common methods include oral medications and iontophoresis electric current treatment. In rare cases, botox injections or even the surgical removal of sweat glands may be prescribed.

Dandruff is the result of the scalp skin turning dry and flaking off in large pieces. The exact cause of dandruff is unknown. One theory is the overreaction of the immune system to the Malassezia fungus that lives on most teens’ and adults’ scalp. Other believed causes include a lack of personal hygiene. Many believe that not washing, brushing, or not taking general care of the hair can lead to dandruff. However, this is not true.

Dandruff can be treated easily with various simple at-home remedies. There are hundreds of anti-dandruff shampoos available that can help treat the condition. Similarly, using coconut oil, aloe vera, lemon juice, or apple cider vinegar to massage the scalp can help eliminate dandruff.

Oily skin and acne usually go hand in hand. But it is possible to develop oily skin and have no acne at all. Oily skin is caused due to hormonal fluctuations that happen during puberty. When hormones are at their peak levels, they cause the glands to produce higher amounts of sebum, which is secreted through the skin pores. This makes the skin look oily.

Oily skin can be treated by using topical treatments that mop up the oil. Similarly, you can use products containing alcohol that can soak the excess oil from the skin. Advance treatments for oily skin include laser treatment that can cause the oil-secreting glands to become less active.

Warts are flesh-colored lumps and bumps that grow on various body parts such as under the fingernails, the back of hands, or on the feet’ soles. Human Papillomavirus causes them. The virus accelerates the growth of cells on the skin’s outer layer. There are three main types of warts. They are:

There are many treatments available for treating warts. Some of them include:

Teenagers often feel embarrassed about skin problems that they develop while undergoing puberty. With the right care and treatment, most of the skincare issues can be handled easily. However, you should understand that skin issues during puberty are common and almost everyone goes through them. There is nothing to be ashamed of.